By
Adam Babajee-Pycroft
in
UX Design

Recently I’ve been involved in several debates either as a panellist or moderator around themes related to user choice. Most notably, a talk and corresponding blog post where I argued against regulation in design. However, if we aren't regulated, we should consider the implications of our actions.

From discussions around people’s health, data privacy, ethics and user personas I’ve seen a (well-meaning) tendency to deprive the user of choice for their good. I’ve taken to playing devil’s advocate to provoke debate by asking about the implications on individual liberty and personal freedom.

By definition, user experience design is inherently manipulative. By understanding the psychology of users, we design products and services to encourage behaviour, usually for commercial ends.

Steelmanning the other position

As a whole, I’m confident that the design community generally wants the best for users. We tend to be (or certainly in my experience) an empathetic bunch who care about people and how they interact with our work.

The majority of us are well-intentioned and coming at our work from a good place. I include myself in this. There are always things like dark patterns and shady call to action buttons available to designers to hit goals like increasing sales conversion but they don’t sit right (for most of us at least) from an ethical point of view.

A return to Mad Men?

Whether we like it or not, the advertising agency business (the bad as well as the good) is the ancestor of our own. You could argue that it grew into the design industry as we see it today. After all,  most of our work is created to influence someone to buy or engage with something.

In the post-war period from the late 1940s through to the 1970s America, in particular, enjoyed an economic boom. The ‘Mad Men’ era of the late 1950s to 1960s can be defined by fast commercial growth. It’s no surprise then, that advertising agencies and the role of the ‘designer’ developed with a focus on consumer goods like canned food, Coke and new cleaning products. Designers were, at this time, complicit in encouraging people to take up bad behaviours such as smoking.

When sales are down and KPIs need achieving, we must be strong and not revert to this mindset.

Who are the designers?

Speaking from my own experience as a user experience designer, rather than anything based on hard evidence, we tend to be more liberal in our views, often more left-leaning and generally middle class for better or worse.

You rarely go to a design conference without one joke about politics these days and the majority in the room nodding in approval. This is fine, but quite telling about the political consensus in the industry.

There’s a lot of positive talk about increasing diversity in the design industry (which we need). Companies in the top quartile for gender or racial and ethnic diversity are more likely to have financial returns above their national industry medians.

Conversely there is very little emphasis on diversity of opinion. Although nodding along with likeminded people at conferences appeals to our confirmation bias, we need to realise that there are other perspectives and they may be equally valid to our own, personal views.

In the UK, applying an adult content filter can help to protect children but deprives individuals of their anonymity. What are the implications in the event of a data leak?

Challenger banks Monzo and Starling disable transactions to gambling and betting sites by default. Their customers are required to log into their account to change the settings if they want to gamble. Does this blur the line of what is appropriate? Should adults who are legally allowed to gamble be discouraged if they’re not problem gamblers?

One topic I think we’ll see more of soon is the ethics behind self-driving cars. In an emergency situation, who should be saved and who should be sacrificed? How are those decisions made? By the user of the vehicle or someone designing it?

Apple has recently shown that it is possible to get the balance right. In the latest iOS, you can now monitor your own screen time and usage. There is even a feature to limit certain apps. The beauty here is that the user has the choice and can make their own decisions.

Increasingly we’re relying on artificial intelligence (AI) to make decisions for us. From loan decisions to shopping recommendations and even the price you pay for an Uber. These things are already being determined for us by machine learning.

In user experience design, you define default behaviour. The default preferences you set can have a profound impact on how people interact with products and services. Your bias as a designer can affect what that default looks like. That’s a lot of power taken away from the user, or at least, an additional set of steps required of them (to change their preferences) before they begin using your product in earnest.

On a much bigger scale, authoritarian regimes like East Germany and  North Korea are in essence, examples of the designer taking choice away from the user. The result (on a very basic level) is little interest or engagement and probably a desire to leave.

The value of liberty in user experience design

Is it the role of the designer to make the choice for the user or to empower the user to make a choice they want? I’m sure there are arguments for both sides but surely, the designer should facilitate a scenario in which the user makes their own choice, free of dark patterns and rabbit holes.

There is a tendency I think to focus on grouping people (for example, into personas) and lumping them into a specific journey behaviour rather than considering the user as an individual. The results could speak volumes for personalised user satisfaction.

We must strike a balance

A balance must be struck if we are to hit that sweet spot of user freedom and heuristic control for (in the words of the Sandford locale) "the greater good".

We need transparency. It’s important to let the user know the choices you are making on their behalf. Further, it’s vital that you also allow them to quickly and easily update their preferences if they differ to your pre-set defaults.

It's also worth recruiting participants for user research with a broad range of views and discussing the implications of defaults with them as part of the session. How do they feel about the default? Does it feel relevant to their life?

And finally, whilst it’s difficult in practice, we owe it to our users to always provide unbiased information on why and how we made certain behaviour limiting decisions so that user can make an informed choice on whether that product or service is right for them. 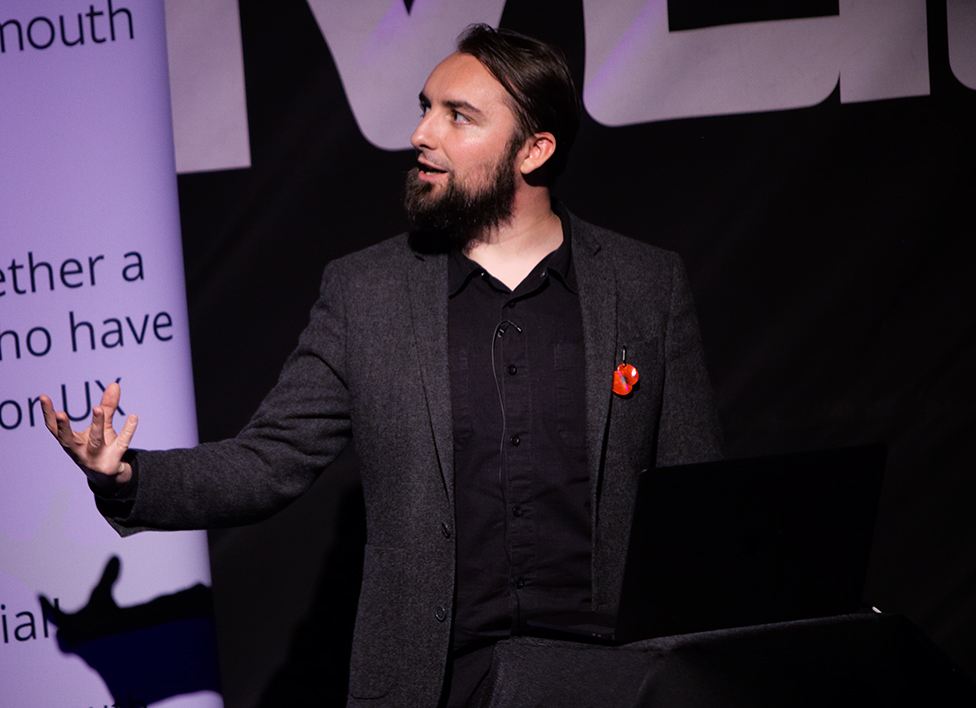